*Due to the university's updated event restrictions regarding the concern of COVID-19, the remaining Soup & Hope talks on March 12 and March 26 will be canceled for the semester. Thank you to everyone who attended these events. We hope to see you next year!

For over a dozen years, Soup & Hope has served up series of memorable talks at Sage Chapel during the winter months. Each talk is shared over hot soup and bread, and in the fellowship of friends and colleagues. Speakers include Cornell staff, faculty, students, as well as members of the local community.

Each speaker has had a unique tale to tell, and uses storytelling as a device to weave a personal thread from their own lived experience to the topic of hope. The speakers’ individual strength and resilience have come from a variety of sources, including sheer will, humor, perspective-taking, faith, community-building, hard work, and dedication to a greater cause.

Come in from the cold. Fill your bowl with soup. Add some bread.
Thursdays@noon
Sage Chapel 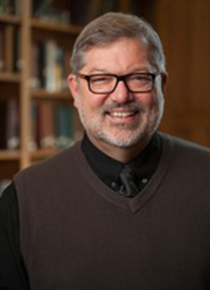 Daniel is a proud native of Minnesota, transplanted to Ithaca in 2005. His earliest academic and professional preparations were aimed at a quiet life as a musician, living and working in a monastery in central MN. To that end, he first earned a Master of Divinity degree, followed by ordination to the Roman Catholic priesthood in 1981, and then earned a doctorate in music from the Eastman School of Music in 1987. While priesthood has remained constant, Dan has been a Benedictine monk (1973-1989), a professional singer (mostly opera and oratorio), a parish priest, an associate professor of music (in MN and IL), and a university chaplain. In mid-August, Dan was reappointed the priest-director of the Cornell Catholic Community, a role he had between 2005 and 2012. During the intervening years, he was affiliated with the Office of the Dean of Students, doing interfaith work in Anabel Taylor Hall. In 2012 he also inherited the wonderful role of leading the Soup & Hope program which he relinquished when he returned to full-time work with the Catholic chaplaincy. Dan enjoys the life-giving, full-time work of serving as a university chaplain in two remarkable communities: Cornell and Ithaca College. Dan's Jan. 16 talk, kicking off the 2020 Soup & Hope series, is about how he chooses to be hopeful in the face of life’s difficulties. [LISTEN: to Dan's talk on CornellCast. His remarks start at 4:30] 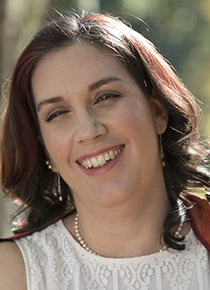 Sue’s 25-year career has spanned continents, roles and industries. She earned her MBA and MMH at Cornell and works in Ithaca at her company Sansu Rising Coaching. She has also been a diplomat, Wall Street Banker, Top-4 consulting firm consultant, project manager, and entrepreneur. And, she has experienced the beauty of falling apart. Sue will share her personal story of falling apart ... and putting herself back together again. [LISTEN: to Sue Mann's talk on CornellCast. Her remarks start at 3:00] 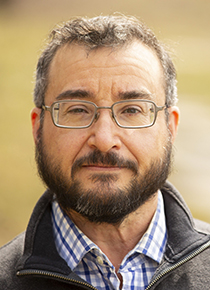 Luca Maurer is the founding director of Ithaca College’s Center for LGBT Education, Outreach & Services and teaches in the Sociology department. He co-wrote the Teaching Transgender Toolkit, an award winning book about the lives and experiences of transgender people. Luca has worked in the US and abroad with students and teachers, families and caregivers, faith communities, workplaces, and professionals in social services, law enforcement, healthcare and more. He's passionate about the outdoors, ice cream, equity and justice. Home to 150 waterfalls, birthplace of the ice cream sundae, and site of many historic LGBT “firsts." Ithaca suits him just fine. Like anywhere else, we’ve got problems, and he wants to be part of the solutions. Luca will talk about how his unlikely survival has been built upon unexpected and generous human connection. [LISTEN: to Luca's talk on CornellCast. His remarks start at 3:30] 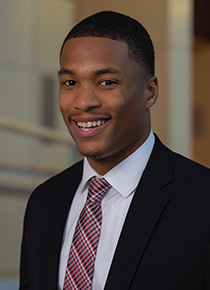 James Timothy (J.T.) Baker is a rising junior in Cornell University's School of Hotel Administration (SHA) where he is working to complete a minor in Real Estate. J.T. is involved in the Cornell Minority Business Association, where he represents "Hotelies" as a student ambassador and a dynamic member of Dean Walsh's Student Advisory Board. A point of distinction in his fervent focus on creating diversity and inclusion within SHA is planning a unique business summit for all students to learn from minority industry leaders. J.T. is also a defensive back for Cornell's varsity football team. The impact of J.T.'s work extends beyond Cornell. In addition to being accepted to the Management Leadership for Tomorrow career preparatory program, J.T. directly served as an Administrative Intern for Kevin Warren, the CEO of the Minnesota Vikings. His work there  included the creation of a Generation-Z Advisory Board made to strategically position the franchise to reach a younger audience. J.T. worked with a  team to establish the first-ever NFL LGBTQ summit aimed at furthering diversity and inclusion in this hallmark American platform. After graduation, he plans to pursue a career in real estate development and investment. J.T. also intends to earn an MBA. J.T. is the son of James and Alice Baker and is from Crystal, Minnesota. [LISTEN: to J.T.'s talk on CornellCast. His remarks start at 6:00] 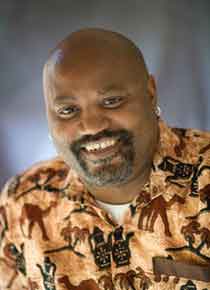 Eric Kofi Acree is currently Director of the John Henrik Clarke Africana Library at Cornell University. He is the African/African American subject specialist for Cornell University Library. He presently serves on the boards of The History Center in Tompkins County and Cinemapolis. He attained his Masters of Library Studies degree from the University of Buffalo. While living in Buffalo he developed a fondness for Buffalo Wings and Beef on Weck sandwiches (a roast beef sandwich served on a salted kummelweck roll with au jus sauce and horseradish). His hobbies include model trains and fish-keeping. He set a goal of reading 100 books in 2020! 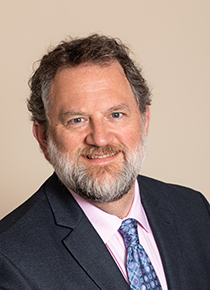 George has served as the Chief Executive Officer of Community Foundation of Tompkins County since August 2005. He has been an active participant in the Tompkins County community since 1980. George has served in a variety of roles in many mission driven organizations such as Head Start, Suicide Prevention and Crisis Service, AIDS WORK, and Catholic Charities. George has a degree in Human Development and Family Studies from Cornell University’s College of Human Ecology. He enjoys camping, working out, opera and many varieties of chocolate. He lives in the City of Ithaca with his spouse, Daniel Hirtler, an architect and founder of the firm Flatfield Designs. 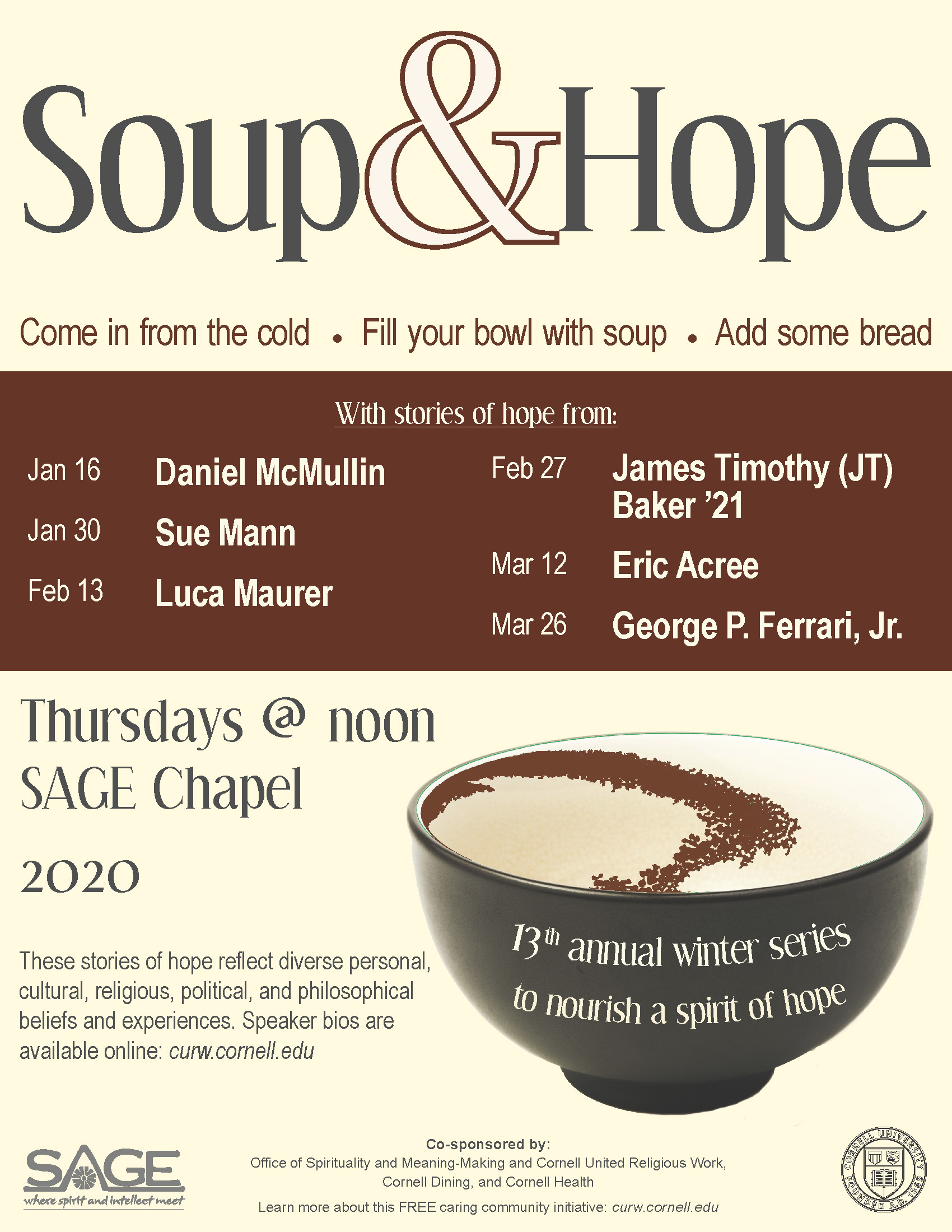