The information on this site is intended to provide general information on matters of admissions, financial aid, campus resources, privacy, legal assistance and safety available to DACA and undocumented students.

"Cornell, since its founding, has been committed to diversity and inclusion, and DACA students are an integral part of our community. They were brought to this country before they had a choice in the matter, have grown up here, and are succeeding here despite significant challenges and obstacles. I believe they deserve a chance to fulfill their dreams..." —President Martha Pollack 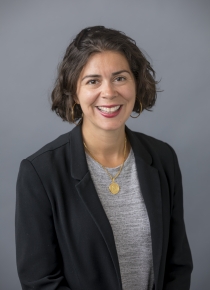 Diana is the Associate Director for Student Empowerment and Undocumented/DACA Student Support. Diana received a B.A. in International Studies with a concentration in Latin America and a M.Ed. in Higher Education Administration both from the State University of New York at Buffalo. Diana comes to us most recently from Binghamton University where she has served for the past five years as the Assistant Director of Residential Life overseeing a large residential community, supervising several professional staff members, and worked collaboratively with campus partners on various committees. Prior to her time at Binghamton, she spent five years at the University of California, Berkeley as a Resident Director, Summer Bridge Resident Director, and had the opportunity to facilitate seminars for first-year students. During her time at UC Berkeley, she also was part of the Immigrant Student Issue Coalition group, working with colleagues across campus to raise awareness and build capacity to support undocumented student enrollment, retention, and academic success.

Diana identifies as a First-Generation Latinx professional who is committed to working with and supporting students through their college experience. Diana also served eight years in the United States Army Reserve and is an OIF Veteran. Outside of work, she enjoys spending time with her family and traveling.