About the LGBT Resource Center 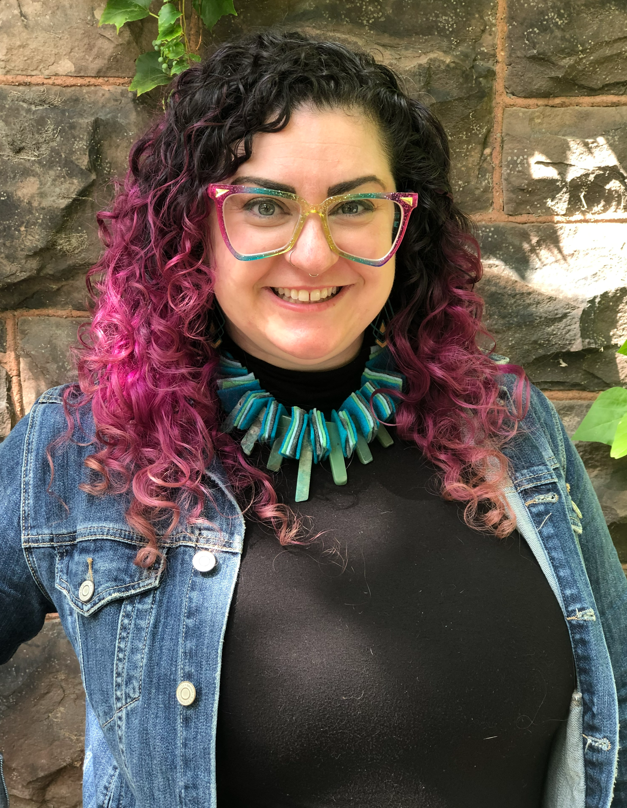 Crissi M. Dalfonzo (she/her) joined Cornell as the Assistant Director of the LGBT Resource Center in the fall of 2018 and currently serves as the Interim Director. She has a bachelor’s of fine art in ceramics from the University of Hartford and a Master's degree in Student Development in Higher Education from the University of Maine. While Crissi has a broad array of experience across the realm of students services, working with queer students is where her heart lies.

Crissi is a confidential resource and is available for one on one meetings by appointment. As a polyamorous biqueer woman, Crissi is excited to bring visibility to identities that are often overlooked in the LGBTQ+ community. A lifelong educator, Crissi is passionate about inclusive language, racial and social justice, and creating community. She loves all things rainbow, sparkle, and unicorns and loves to bring them into the Center. Crissi lives in Etna with her partner and their pets.

Schedule an appointment with me:  https://crissi.youcanbook.me/ 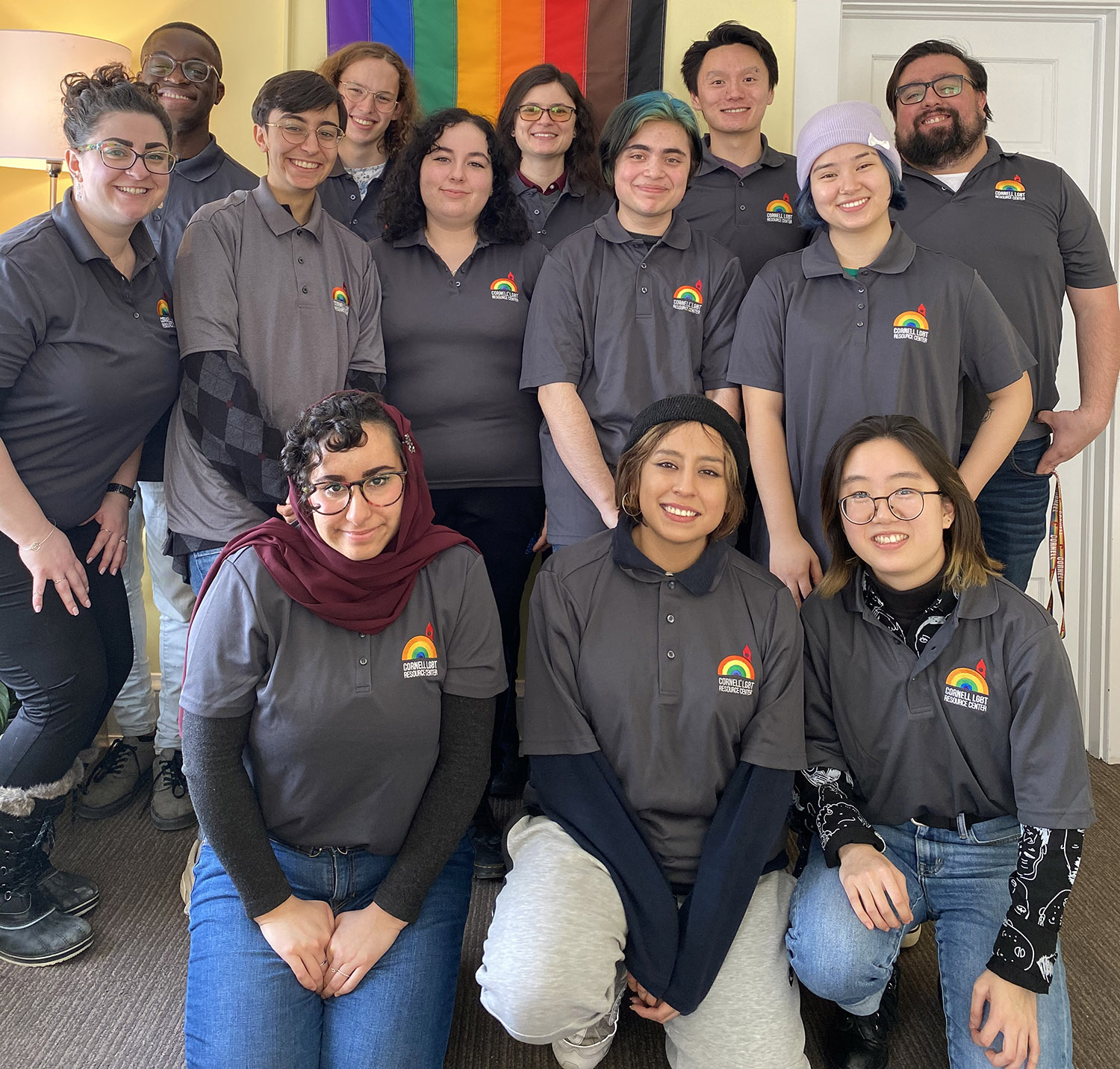 The Lesbian, Gay, Bisexual, Transgender (LGBT) Resource Center coordinates the efforts of the entire Cornell community to ensure the inclusion of all lesbian, gay, bisexual, transgender, queer, questioning, intersex, and asexual (LGBTQQIA) individuals and works to eliminate discrimination based upon sexual orientation, gender identity or expression. The LGBT Resource Center affirms LGBTQQIA+ identities and lives, and provides education, outreach, advocacy, and support. The LGBT Resource Center is also the home of over 20 undergraduate and graduate student organizations and serves as a community center and gathering space for LGBTQQIA+ students, staff, and faculty. Allies are always welcome!

We strive to improve the Cornell campus climate by coordinating efforts across campus, providing outreach to students, staff, and faculty, and working to ensure the inclusion and integration of LGBTQQIA+ issues campus wide. Our goal is to enhance the Cornell University campus community and to ensure the advancement of our students’ academic pursuits by creating an open and affirming environment void of homophobia, heterosexism, and gender bias.

The Cornell Gay People's Center at Sheldon Court on College Ave was opened in March 1972 in response to the needs of the growing gay community. Jointly financed by the University, GLF, and Graduate Coordinating Council, it was run as a five-year experiment. The new space gave the gay rights student group, Cornell’s Gay Liberation Front, more freedom to hold meetings and parties and served as a safer space than their former office in Willard Straight Hall where students feared being outed. However, the Gay People's Center was not immune to street vandalism and harassment as it received obscene phone calls and the bulletin board was once set on fire. In 1973, two Ithaca teenagers were arrested for breaking five windows over a two-week period, which only served to worsen relations between the Center and the manager of real estate for the University. Earlier that year, he ordered the Center to remove its banner from the front window because he said it was encouraging the vandals, "like waving a red flag in their faces."

Like many other minority program houses and community centers, the LGBT Resource Center was born out of controversy and protest. During the 1992-1993 academic year, LGBT students lobbied twice for a living and learning unit modeled after Ujamaa, Akwe:kon, and the Multicultural Living Center (McLLU)—the latter two of which were established within the preceding two years. Both proposals were endorsed by the Student Assembly, a public forum, a random survey of 300 students, and a referendum in which 786 students said they would live in such a house. "This unit would have been the third such living center in the nation" if then-President Frank H.T. Rhodes didn't veto the two proposals. Although President Rhodes claimed that "he would deny any additional program houses to any other 'racial, religious, ethnic, or special interest group'" because "any additional living centers would only further fragment the campus," the Latino Living Center was formed as a result of 1993's Day Hall Takeover in the fall. In the takeover's aftermath, President Rhodes "offered LGBT students a 'study group' to deal with homosexual issues but which had no time frame, no mission statement, no financial backing, no guarantee of any implementation of its findings, and no written report requirement."

Despite multiple refusals, LGBT students continued advocating for a living center—especially after the Latino Living Center was established later that year. As a consolation, then-President Frank H.T. Rhodes granted the students a "study group" that eventually led to the formation of the LGBT Resource Office (LGBTRO). The students then conceded their efforts to build a living center, on the condition that LGBTRO fall under the Office of the Vice President of Student Academic Services so LGBT people "would have a direct voice to administration." Most importantly, the LGBTRO began to serve the entire community of students, staff, faculty, and alumni. In May of 1998, its name changed to Lesbian, Gay, Bisexual, Transgender Resource Center. Susie Lerner (1994-1995), Carlisle Douglas (1995-1998), Gwendolyn Dean (1998-2008), Matthew Carcella (2008-2013), and now Brian Patchcoski (2014-present) have led the center as coordinators or director. Since its founding and first home in Anabel Taylor Hall, the Resource Center has moved from White Hall to Caldwell Hall due to renovations in 2001 and now resides in the Intercultural Center (formerly the Alumni House) as of 2011.

A Timeline Highlighting the LGBT Movement at Cornell

1968: The Student Homophile League is founded at Cornell, becoming only the second group of its kind among U.S. universities.

1979: Alumni, including Art Leonard ’74 and Mark Schwartz ’74, found Cornell University Gay and Lesbian Alumni Association (CUGALA), which now serves the entire LGBT community of alumni and is open to all. Today the group has over 3,100 members.

1988: The Human Sexuality Collection is established in the Rare and Manuscript Collections of Cornell University Library, thanks in part to the vision of Bruce Voeller and David Goodstein ’54.

1994: The LGBT Resource Center is established.

1995: An undergraduate minor in a new Cornell program in LGBT Studies (then called LGB Studies) is first offered.

2011: A rare group of 10,000 gay-themed photographs, dating to the 1860s, is donated to Cornell University Library by Harry Weintraub.

Make a Gift to the LGBT Resource Center