Congratulations to Dalton Price and Connell Rae, the recipients of the 2020 Class of 1964 John F. Kennedy Memorial Award! 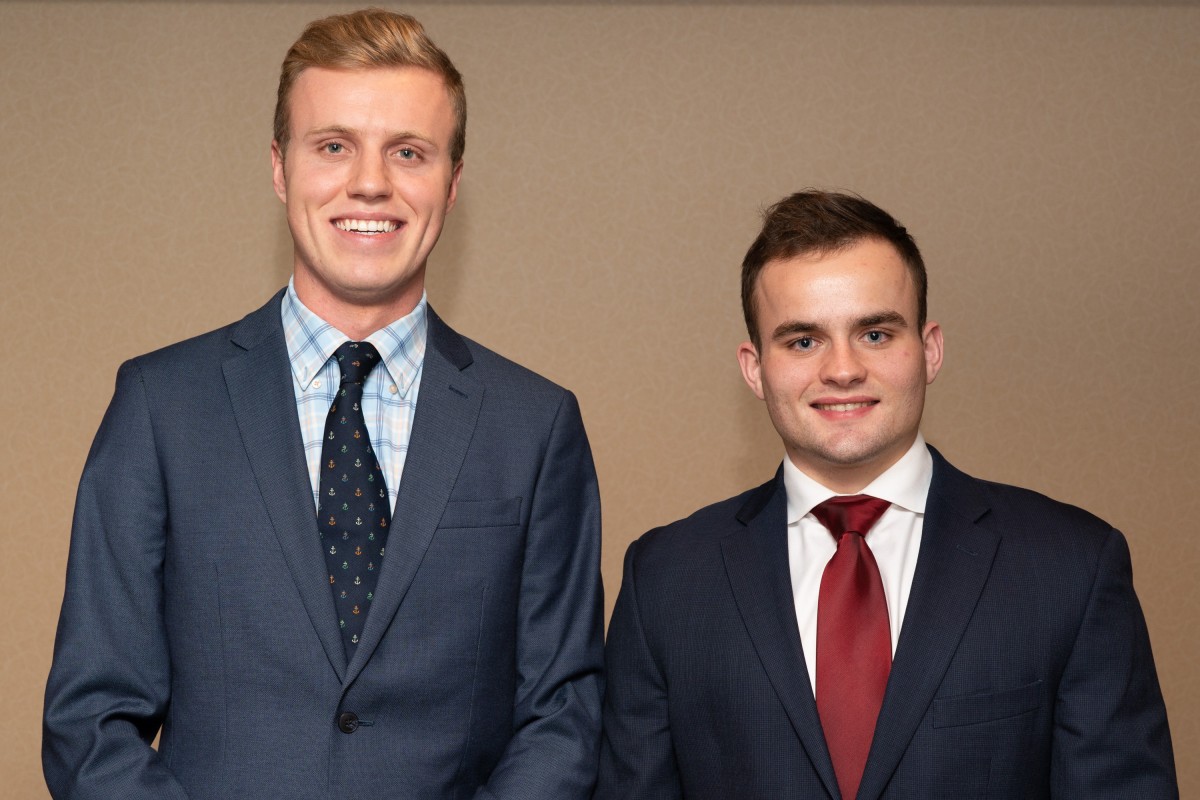 Dalton Price, an Anthropology major in the College of Arts and Sciences, is a proud first-generation college student. Coming into Cornell, he already had a well-grounded interest in healthcare, being both fascinated with and overwhelmed by the system's complexity. He thus strategically mapped out his undergraduate experience to work at all ends of healthcare. Dalton has worked on patient advocacy and policy with The diaTribe Foundation, biotechnology and intellectual property with The Microbiome Coalition, public health strategy and Medicaid finance with Aetna, international coordination and infectious disease control with the World Health Organization, biomedical and economics research at four academic institutions, and clinical work at Halifax Medical Center. He also received funding to write a book for students about the US healthcare system, to be published in 2020. Dalton noticed many cross-industry themes in this work, including a fear of getting political, and humanitarianism's all-too-frequent failures and role in upholding an unequal global status quo. Dalton was awarded the Future Global Leaders Fellowship, Jack Kent Cooke Undergraduate Scholar Award, Gateway KSA Fellowship, Forbes Under 30 Scholar Award, and nearly 10 research grants. His service impulse is exhibited in YouResearch, a nonprofit he founded to empower high school students through real world research opportunities. After graduation, Dalton will move to the UK and begin his PhD in anthropology at either Oxford or Cambridge to study the humanitarian response to the unprecedented political crisis in Venezuela. After completing his PhD, he will begin medical school at Mount Sinai's Icahn School of Medicine in New York City.

Connell Rae is an Applied Economics and Management major in the College of Agriculture and Life Sciences. An ROTC student, he was awarded the Distinguished Military Graduate and Superior Cadet Awards and is an inductee in Scabbard and Blade. Before beginning Cornell, he attended the Morris County NJ Fire Academy and worked as a volunteer firefighter for the Millington Fire Department, where he was Captain of firefighters under age 18. As an Army ROTC Cadet, he ranks first in his class and tenth in the nation, served as a military ambassador to the Peruvian Army, and as Battalion Commander at Cornell, mentors younger cadets. Connell's passion is veterans' rights and, in particular veterans' mental health. He has found that, despite the billions of dollars expended on the VA Healthcare system, veterans often find themselves bereft of assistance and having to fend for themselves as they struggle with the aftermath of their service. As a volunteer firefighter, he was exposed to the harsh reality of drug abuse firsthand, specifically opioid addiction. As he transitions to military service after graduation, he will work to actively combat addiction, train soldiers and veterans in the use of Narcan, and connect them with resources nationwide. Besides his ROTC work, Connell is a student athlete, member of the All-academic Collegiate Sprint Football League and winner of the Rick Casselman Coaches Award. Connell's academic credentials match his service record, as he maintains a 3.9 average and served as a Teaching Assistant in the rigorous undergraduate Dyson program.

The Kennedy Award seeks to foster leadership among promising seniors by helping them to pursue graduate work or to immediately embark on a public service career at the national, state or local level. To learn more watch the John F. Kennedy Memorial Award video found on the Cornell University Class of 1964 website and read the bios of recent winners.

Get involved with us!