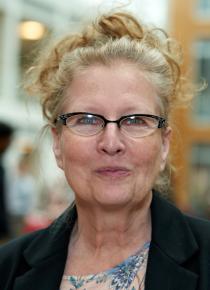 Joyce, ILR '97, had been with the Public Service Center since 1999 and is now bringing her experience and expertise to the Einhorn Center. Her focus is student leadership development within co-circular service programs with a racial equity analysis, project management, student-run board management with transitional leadership, evaluation, reflection, student-board grant allocation, curriculum-based service trips, as well as the coordination of Cornell's largest student-run service projects.

Get involved with us!